I am a liberal, outspoken, teenaged, female feminist. Me describing myself in those terms almost automatically gets me labeled “bitch”. It is for this reason that people try and silence me, instead of actually listening to what I have to say.

It has nothing to do with me. I am clear and logical in my points, I can always back up my opinions and ideas with facts. People still don’t listen. And it makes me want to scream. I want to grab the people who ignore me, shake them, and shout in their faces: “Can you see me? Do I even exist?”

All I want is to be heard.

I have been shot down more times than I can count. I have been told that I am unqualified for leadership. I have made suggestions to people who are supposed to guide me, only to have them shoot me down and then take my idea and claim it as their own. Some of my teachers have called me “part of the problem” because I don’t perform well on tests, even though the questions and comments I make in class are thoughtful. It’s that failure to listen.

I have been mansplained. I once had a guy tell me that Planned Parenthood only existed to kill babies, and when I corrected him, he talked over me. Just to be clear, I was the only one in that conversation who actually possessed ovaries. When I expressed my concern over the fact that the United States elected a president who was caught making lewd comments about women and had been accused by over a dozen women of sexual assault, a guy told me that my concerns were futile because “all men do that.”

I know I am not the only one. Ageism, sexism, islamophobia, ableism, racism, homophobia, and transphobia try to silence so many of us. We need to shout the loudest in order to be heard.  And there are so many people that wish we would just go away, that we would just sit in the corner and stop complaining.

But I am still here. I am still here, and for every person who has told me to shut up I have only spoken louder. Before someone takes credit for any of my ideas, I steal the microphone for myself. Now, more than ever, we must all join hands and scream our loudest.

Somebody out there will hear us. 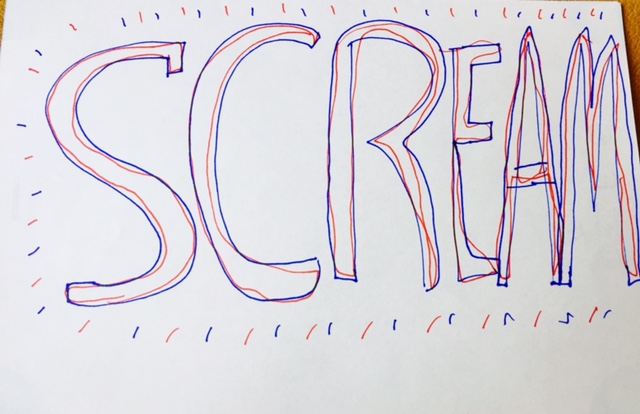