This is a fictional piece I wrote at the Georgetown Creative writing summer program. We had to write a story in which the central plot occurred in an hour.

Leila Bloom always made a point to fly away from all that was interesting or exciting.

The confines of her white-walled room in her grandmother’s small stone house provided more than enough of a shelter from the outside world. Her grandmother, who was also her legal guardian, greeted her with exactly three sentences everyday.

“I’m going out. Tuna casserole is in the fridge, play nice. Will be back later.”

Leila blinked her violet eyes reproachfully as she watched her grandma drive away in her old blue Cadillac.

Leila had a single picture up in her room located smack in the middle of the wall facing her bed, from the last day she saw her parents. They were holding baby Leila up in the air, smiling, standing in front of their bright green mini van. They had saved up to drive to Graceland because it was always her mother’s dream to see where the King had lived.

They had driven twenty miles before a blue pickup truck rammed into the driver’s seat.

Leila was given a single heart shaped scar from some broken glass on her right cheek.

She was also given the title of orphan.

Leila didn’t remember the crash. But every morning, she woke up sad. It was only for a minute. But she woke up with a twisting in her gut, the aching of loss felt deep within her soul. But to that she would say: “You are Leila Bloom. Seize the day. You are fearless. Nobody is here to hurt you.” And the pain was replaced with an impenetrable shell.

There was a knock at the front door. Leila rose from bed, pulled back her stringy brown hair, put on her glasses, blinked furiously and opened the front door.

There was a small girl standing outside the door sheepishly, holding a box of Girl Scout cookies, wearing a Brownie uniform.

“But… last Saturday you said thin mints were your favorite.”

“You heard me wrong. I meant Samoas.”

Leila slammed the door in her face. Shortbreads were her favorite. Always had been.

As Leila began to walk away from the door and back to her room, she noticed something peculiar outside of the window.

The lawn outside was normally kept bare and perfectly trim, per her grandmother’s insistence. But today, there was a flower. It was very small, so small in fact that Leila was surprised that she had even noticed it. But it was there. And for some unknown reason, Leila was drawn to it. It was the most beautiful thing she had ever seen in her whole life. Looking at it filled her with a sense of joy, a sense of specialness. Because she knew that she, and she alone, was the only person that could see the flower for what it was. It was just for her.

She unlocked the door and bolted outside in order to get to the flower. She took in the scent of the flower, a spring, blooming fragrance. She could hear the slight movement it made as it slowly swayed with the breeze. She reached out her hand and stroked its soft petals…

The world became much bigger.

Leila felt her body shrink and shrink until she became a little green lump lying on the grass. Then, just as suddenly, a molting surrounded her until a cocoon structure was formed. And then, she broke out, and soared up, up into the air…

She moved her tiny black head to one side and the other and then looked down, her deep purple wings carrying her across the sky.

“What do butterflies do?” she asked herself. “Well….they fly around. But where do they fly?” She thought for a moment. “I’ll go down to that field of flowers over there.”

Leila flew down from the clouds and into the field of sunflowers right below her. She landed briskly on one where a bee sat beside her, sipping the nectar of the flower.

“You’re new at this. I can tell you’re inexperienced from the way you fly. Did you just go through metamorphosis?”

“That makes sense. Do you want me to show you around?”

Leila hesitated for a moment. This bee was too friendly for her taste. But if there was any way she was going to get somewhere and figure this whole situation out, she would probably need some help.

“Good. There’s a special place you need to see.”

They were flying for what seemed like forever, past the meadow, past the mountains, until they had reached civilization once again.

Leila felt that something about the place was familiar. The blue truck sitting in the middle of the road. The sprinklers that squirted out water way too fast. And then Leila stopped midflight.

The garage where they had taken the picture was standing right in front of her, along with the bright green mini van.

A sense of panic filled her. “What…what’s going on?” she asked.

“Listen. You will never get over what happened to you because it was a terrible tragedy. But it is time to grow. You have stayed small, stifled because you are afraid. You have remained the same person throughout your whole life. You are scared. But look what you did! You transformed into a beautiful butterfly! You changed in an instant and flew fearlessly all the way to the past! With accomplishing that, who knows what you are capable of!”

Leila blinked her violet eyes open to the white walls of her room. She looked down, and saw that she was human. No longer a butterfly.

It is time to grow.

Leila got dressed, and ran down the sidewalk, where she saw the girl with the Girl Scout Cookies, and asked her a question.

“Do you have any thin mints?” 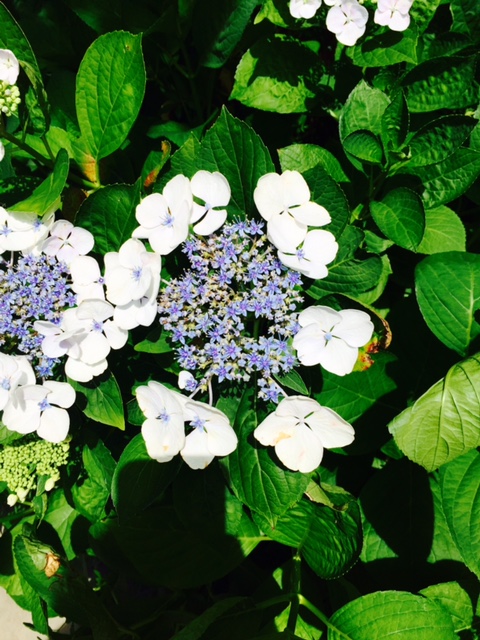