I want to take a moment to thank Hiral Tipirneni for running such an inspiring campaign.

Now, I could go on and on about her policies and her progressiveness, but instead I want to share a personal story about Hiral that I think says more about who she is than any of those things.

A couple of months ago, I volunteered at a fundraising event for democratic candidates running for political office in Arizona. I am an intern for LD 28 Arizona Democrats. I want to stress that I am young, female AND an intern in the political sphere. And since I am fortunate enough to meet many of the people that will end up on my ballot when I vote, I oftentimes assess them based on how they treat me. Are they rude to me? Do they not want to hear what I have to say? Do they ignore me? Do they engage in conversation with donors but not with me since I am just a girl and an intern? How these candidates treat the little guy often says more about them than anything else.

This event was the first time that I met Hiral Tipirneni. Not only did she have a one-on-one conversation with me at a fundraising event—-she did so knowing that I didn’t live in her district and had no money to offer her. She listened to my perspective on education and gender equality. She talked to me about the importance of the youth voice, of female voices, in politics. After having so many people not care about what I have to say because I am young and female, she listened to my perspective, despite having not really anything to gain from it.

Last year, I watched her opponent, Debbie Lesko, push a voucher expansion bill through the house and senate. This bill would have taken tens of thousands of dollars away in public education funding from Arizona public schools and funneled it into private schools. It initially wasn’t going to pass, but Bob Worstley and one or two other Republican Senators suddenly changed their minds right before it was about to get voted on after Lesko talked to them. Huh…that’s interesting. She also voted for Arizona businesses to discriminate against LGBT people and sponsored a bill allowing for surprise inspections in abortion clinics in 2014. So thanks for screwing me and everyone else over, people who voted for her.

A progressive woman of color who is also a doctor ran in a district that Trump won by 21 percentage points, and she only lost by six percentage points, after Republicans spent $1 million against her last minute. Endless numbers of people told her that she had no chance, but she persisted and lost by far less than she was predicted to.

The Arizona CD08 special election is happening again this November. Donate, volunteer for and vote for Hiral Tipirneni. 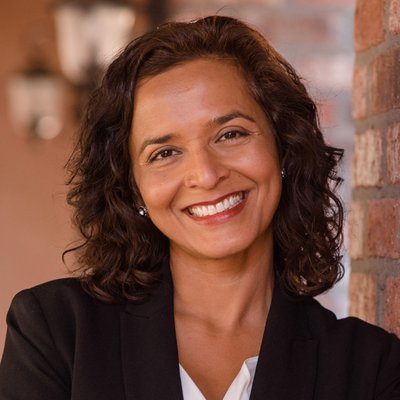